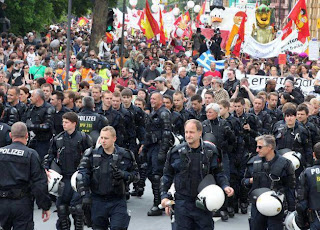 Last night Princess Little Tree and I were speaking about the incredible shifts we have seen in global democratization over the last two years. Specifically in the context of the book I have been working on along with a few others for the last five years entitled We Are The Revolution – Welcome to the Age of Personal Expression, [we refer to it as PE for short when discussing it]. Years and years of research has been poured into the work, with a host of brilliant minds contributing to it’s content.
We were talking about the last chapter, entitled Dream On, which discusses the ramifications of the Personal Expression Age and what it might bring forth in the near future. How just a few short years ago in late 2007 when we were really pounding out the research (and the hours) I had proposed that the Personal Expression Age has the potential to not just bring people closer together and transform every industry on planet earth in order to make the world a more people-friendly environment, rather than greed, government or corporate friendly, but that in the near future we would see full on peoples’ revolutions of entire governments around the world. Bear in mind this was 2007 and the idea seemed absolutely outlandish. A dream. An ideal. A vision of something that could happen, inevitably would happen, but in the “future”. We did not attach a date to when this potentiality might come into being. But I was sure that once the PEA swung into full gear that it was an inevitable ramification of the age.
Of course we were thrilled at the thought of it, but were sure it was something that we would see in the “far away” future. Ten years. Twenty years. It was very much an ideal, as opposed to a formidable reality, at that point. Needless to say, when we saw the first country, Tunisia, go down in what has now become known as the Arab Spring, all of us involved in the project just stood there with our mouths hanging open. We must have spoken about this exact event for hundreds of hours while we paced the room back and forth contemplating and discussing the ramifications of things to come in what we term the Personal Expression Revolution. We knew it would happen, or at least hoped it would; but we didn’t know when. That’s why we titled the chapter Dream On. The rest of the book is filled with the research about the shifts and changes we were either already seeing take place all over the world in various different industries, or that we proposed would soon take place. But the idea that the Personal Expression Age once in overdrive would transform entire nations from fascist oligarchies into people’s democratic republics still seemed like a dream at best.

And yet there it was. Right in front of our eyes. And a mere three and four years after predicting it. Not ten to twenty. Then came Egypt. And Libya. Etc. Over the last few months I have been reworking the last chapter to take into account what has transpired over the last two years in order to incorporate the profound changes we have seen take place around the world now that the Personal Expression Age has swung into full motion, or overdrive. The basic premise of the last chapter now is predicated on the fact that as far back as 2007 the Age was already presenting clues that full on peoples’ revolutions of entire countries would soon be possible. And further, the question we now have to ask is not whether or not the Age of Personal Expression will make full scale revolutions of entire nation states by the people for the people possible, nor when that might happen. Because we have already witnessed this happen. Numerous times over the last two years. Years before we proposed it possible. Instead the question we should be asking ourselves now is how MUCH potential does the Age really possess in terms of overcoming any grand scale limitations our global society’s collective consciousness might still be holding onto.
In other words, what are the larger obstacles we see as a people that are still in our way to making the world an entirely people-friendly place to live that seem absolutely insurmountable? Five years ago we believed that as bold beautiful and idealistic a dream as it was, full on revolutions of countries by the people was still a pretty far fetched notion. We even feared that the mere mention of it as a probability might endanger the more concrete theories proposed in the rest of the book. Now we know that we were right on. In fact, if anything we were behind schedule and underestimated the power and potential of the Age. But now that we have seen it bring about tremendous change in the Middle East and Africa, what about North Korea? Iran? The United States? China? Russia?
See? The idea seems ludicrous. NOW. How on earth will the American people or the Chinese or Russian people ever be able to harness enough power to take back control of THEIR countries? A little country like Tunisia? Sure. But Iran? The U.S.? North Korea? A new American revolution? Really? In our lifetime? And yet we held the same belief about any people from any country being able to overthrow their government just a mere five years ago when first outlining the last chapter of the book. So now we have a new dream. We now know that if people, any people, come together for an aligned cause and take full advantage of the tools and technologies of the Personal Expression Age that ANYTHING is possible. We’ve seen it first hand in numerous industries and areas of our lives across the globe, all of which are discussed in detail in the book. And we’ve now seen it affect entire governments in a way we only dreamed about a short time ago.
The photograph above was taken on May 19th, 2012 in Frankfurt, Germany. It came with some captioning that I will paste below as is. A big congratulations is due to the German people. They’ve got a seemingly tough road ahead of them, as do many of Earth’s countries it would appear. The bigger the country the tougher it seems it may be for the people to affect major change. But this photograph speaks more about where we are headed in the Personal Expression Revolution — whether it’s Occupy or the Tea Party, Germany, Canada, Greece or Finland — than any words could. Hats off to the German police. Let us hope that the rest of the world is watching.

Caption to the photograph above: From Occupy Frankfurt. May 19, 2012.
The German police took off their helmets and marched with the protest clearing the way for them. The police coming over to serve and protect the people… Blockupy Frankfurt. Police are escorting, not participating. Reports of an estimated 20,000+ protesters. Nice to see their faces…. and their humanity coming through… WATCH THIS VIDEO: #blockupy. Frankfurt
http://youtu.be/5ebC8_q0zCM German police officers escort an anti-capitalism protest march with some 20,000 people in Frankfurt, Germany, Saturday, May 19, 2012. Protesters peacefully filled the city center of continental Europe’s biggest financial hub in their protest against the dominance of banks and what they perceive to be untamed capitalism, Frankfurt police spokesman Ruediger Regis said. The protest group calling itself Blockupy has called for blocking the access to the European Central Bank, which is located in Frankfurt’s business district. (AP Photo/Michael Probst)
source: http://www.globalwinnipeg.com/world/20000+people+march+at+a+frankfurt+occupy+protest+german+police/6442644693/story.html